The Bereans are known for not taking anyone's word about God. (Acts 17:11) Let's follow their example and study God's word daily. 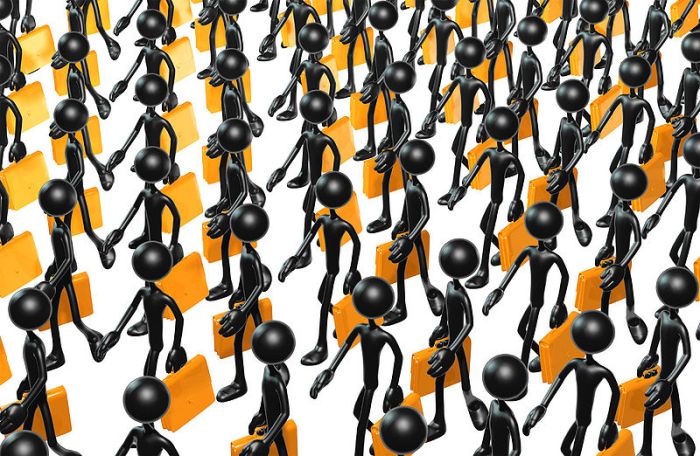 Romans 12:2 KJV “And be not conformed to this world: but be ye transformed by the renewing of your mind, that ye may prove what is that good, and acceptable, and perfect, will of God.”

Romans 8:29 NIV “For those God foreknew he also predestined to be conformed to the image of his Son, that he might be the firstborn among many brothers and sisters.”

“All you gotta do is conform and your life will be easy.” These are the words the serpent whispers in our ears. He wants us to conform to this world. Are we listening to him? Truth be told no one’s life is easy. Everything about this wicked world is a show. Yeah, they look good in their fine clothes, material possessions, big houses, etcetera. But it’s only one big show!

God says the wicked are on slippery ground. Their footing is not stable as it seems. (Psalm 73:18-20) They fall into many pains and horrors the righteous are spared from. What good is it to have everything you desire but want to kill yourself? What good is it to be so popular but be controlled by drugs, alcohol, other people, and evil spirits? The richest people of the world are among the most miserable people in the world. On the outside their show looks good, but on the inside; behind the scenes, these actors know their true misery. Some have shared their horror stories. And others we hear about them after it’s too late (they’re deceased).

There’s a price to pay for rejecting God and worshipping success instead. You will literally go crazy. After achieving everything you thought would make you happy you find out it only brings more pain. You can’t make enough money to avoid pain, no one can. Satan’s world is filled with suffering. No matter how hard you try you can’t permanently turn off your emotions. No amount of money can do that. And despite what we poor folks wonna believe about those with money, some rich people have admitted the more money they make the more problems they have.

1 Timothy 6:9-10 “Those who long to be rich, however, stumble into temptation and a trap and many senseless and harmful desires that plunge people into ruin and destruction. 6:10 For the love of money is the root of all evils. Some people in reaching for it have strayed from the faith and stabbed themselves with many pains.”

If you want to be a big shot in this world you’re up against a lot of heartache and pain God says. Some say they’re willing to pay that price. And many who have already paid the price have gotten into traps they wish they could now get out of. The Bible says they have, “STABBED THEMSELVES WITH MANY PAINS.” Yes, self-mutilation is exactly what people who worship money do to themselves. “But look at how neat their clothes are,” some say. “Look at how nice she looks.” “Look at his big house.” But God says, “LOOK AT THEIR PAIN!!!” God Himself says they have a lot of pain and are plunged into ruin and destruction. They have been caught in traps! Don’t be fooled by their outward appearances.

The thing about a trap is you often don’t know you’re in one until the trap is sprung. All seems well in the beginning until BOOM; you find out you’ve gotten into something you can’t quite get out of. Now is the pain. All because of the love of money. All because you thought that reaching for money instead of reaching for God would make you happy, would make your life easier. You’ve fallen for Satan’s trap.

IS THERE A WAY OUT?

The truth is we can get out of any trap if we exercise faith in God through Jesus Christ. Satan really plays a mind game on his underlings. For example, he’ll give some of them fame and fortune but they must sell their souls to him usually in some sick ritual. In addition to this he uses fear tactics to frighten them from ever leaving his service. At the same time he teaches these people to hate Jesus Christ. Why such an aversion for Jesus Christ? Because Satan knows that Jesus is the one person who can deliver these people from his grip. So he’ll do everything in his power to paint Jesus as wack while intimidating and manipulating his victims. People who serve Satan have a whole lot of fear.

John 8:32 NLT “And you will know the truth, and the truth will set you free.”

Jesus is the way to God, and the truth. He’s the one and only way to the one and only person who can protect people from Satan the Devil: that’s God! There is no other way. The truth God reveals through His son Jesus Christ sets people free. There is no other freedom. The Devil knows this. If Jesus Christ is just another ficticious person like Santa Claus or Humpty Dumpty why is there so much hatred generated towards Him? Think about it! Because He is not another fable. He is the Devil’s arch enemy that sets people free. And Satan does not want people to go free. He wants to keep them in spiritual prison. Hence the hateful propaganda against Jesus.

I invite you to do your own investigation of Jesus Christ. And here’s a suggestion that will make this easy for you: pick up the Bible and start reading the book of Matthew. If your interest is still peaked read the next book of Mark, then Luke, then John. These books are four records of Jesus’ life on earth, what he taught, what he stood for, etcetera. If you’re not impressed with him at least you can say you investigated Jesus for yourself. But what if after investigating Jesus you find out that He really is the Christ; the Messiah, the son of the living God? Can you afford not to research this person for yourself? What do you have to lose? Don’t listen to what anyone says, use your own mind, go ahead and make your own search.